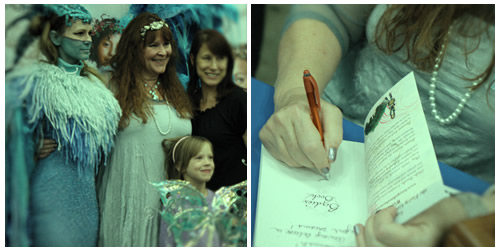 We just wrapped up our time at Austin Wizard World Comic Con 2011 over the weekend! We had the opportunity to perform as part of Kid’s Day and to connect with so many interesting, creative people who are defining the world of popular culture today.

I was proud to be on the same program as Peter Mayhew who is best known as Chewbacca from Star Wars, and who recently released a children’s book called My Favorite Giant which is a whimsical adventure that highlights the differences in people as being a strength instead of a weakness. Although, written for younger children, it’s message of acceptance is universal.

2 thoughts on “Worlds of Pure Imagination”