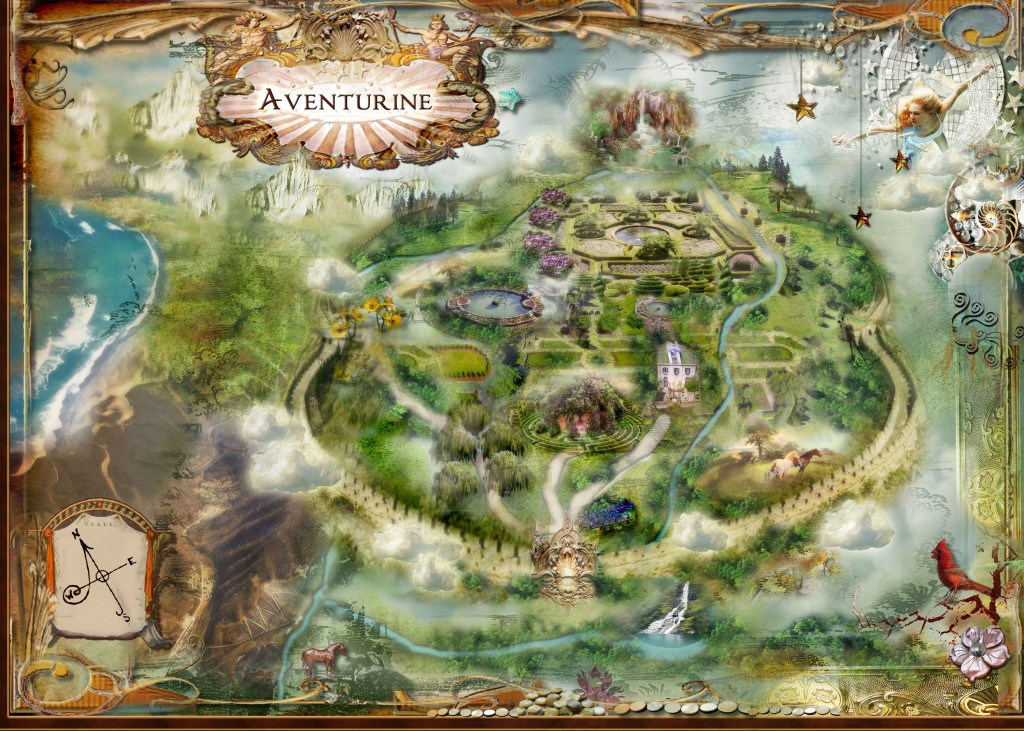 Many fans have asked me to tell the origin story of Aventurine.  Here you go!

Hundreds of years ago when the dreams and powers of girls and women were not allowed, twelve young girls from different places in the world witnessed a great comet. That night they went to bed and dreamed the same dream. All twelve were transported to a strange ridge above an unknown walled garden. The wall was made of a blue stone they call the dreamers stone, aventurine. There was a twin oak tree at the entrance to the walled area. As passage, the tree offered the chance to choose from what appeared to be two identical acorns. But they were very different inside-one was the light and the other the darkness. The leader of the girls chose the light acorn by intuition since seeing was not enough. This allowed them to enter the walled garden. The other acorn was carried off into the distance by a black crow. In celebration, the girls built a place where their dreams could be held safely until the people of the human world were ready. On the first day, they discovered a race of beautiful indigenous people. The leader of the twelve named these people Faeren because they looked like full sized humans with fairy wings.

14 thoughts on “Aventurine- The Beginning”